You can read the article online here.

A Cambridge graduate who abandoned her career to move to Vienna and marry an Austrian society doctor has had her appeal for custody of her four-year-old sons rejected after their marriage ended in acrimony.

Beth Schlesinger, 29, saw her twin sons taken after her husband Michael Schlesinger pursued legal action when their relationship deteriorated and a psychologist told an Austrian court she was mentally ill.

Two subsequent psychological reports have confirmed she has no mental health issues, but despite her appeal, her husband continues to have full custody of their twins, Samuel and Benjamin.

Mrs Schlesinger, a solicitor’s daughter from Manchester, is now forced to do part-time work in Vienna and can only visit her struggling sons for a few hours a week.

She even has to pay €44 for every visit because the judge ruled meetings have to happen in a “neutral place”.

Mrs Schlesinger said: “I’m in shock and disbelief. There seems to be no justice in this country that they can deprive two little boys of their mother in such a barbaric way.

“The children are in a terrible state. There are even reports the children were self-harming in the kindergarten, and there have been reports of screaming by the neighbours.”

Mrs Schlesinger gave up a place on a master’s course at a New York university after she fell in love with Dr Schlesinger, 33.

After finishing Oriental Studies at Girton Colllege, Cambridge, she moved to Vienna aged 22 to marry him, but their relationship began to deteriorate after just one week.

She believes the Austrian courts have unfairly favoured her “well-connected” husband throughout the long custody battle.

The appeal court ruled today that Mrs Schlesinger, who now lectures English part-time at a university in Vienna, should continue to only see her sons every Tuesday afternoon and every second Sunday.

No overnights or weekend visits have been granted, as the ruling states: “Daily contact with their mother is not in their interests.”

Both children cannot speak and have had to be held back in nursery school due to their slow development, according to Mrs Schlesinger.

Her constituency MP Graham Stringer, Labour member for Blackley and Broughton in Manchester, has expressed concerns with the Austrian ambassador about the handling of the case and said he will be raising it with the Foreign Office.

He said: “It’s dreadfully disappointing for Beth and the two children. I have no doubt about the justice of Beth’s case and I will continue to try and help her as much as I can.”

She will now lodge her final appeal to Austria’s Supreme Court. 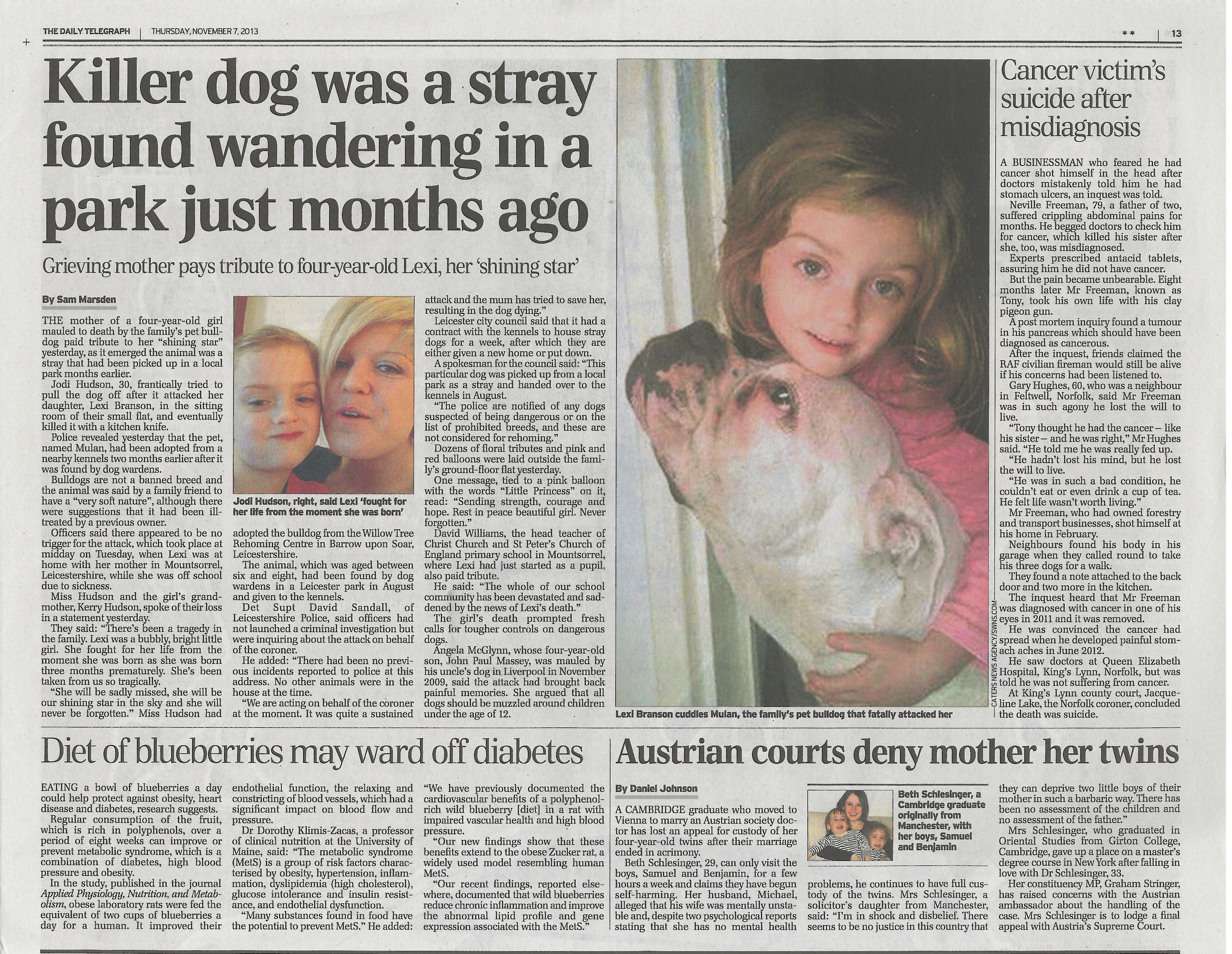